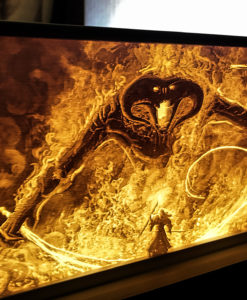 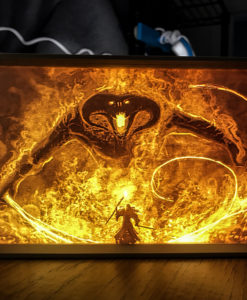 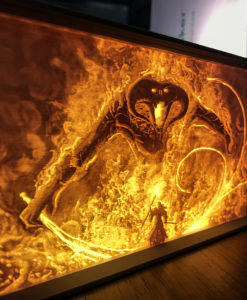 This is a high resolution lithophane of “You Shall Not Pass!”.
It’s much higher resolution and quality than you might see elsewhere as I use my own techniques to get the most detail out of each lithophane.

This lithophane wouldn’t have been possible without the original artwork by Eric Geusz. Watch as he creates this magical piece of art.