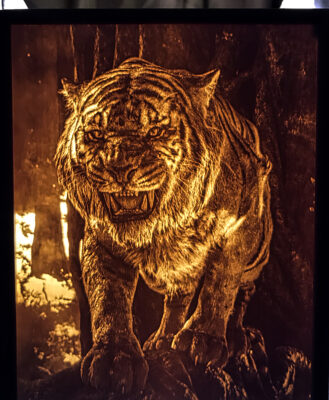 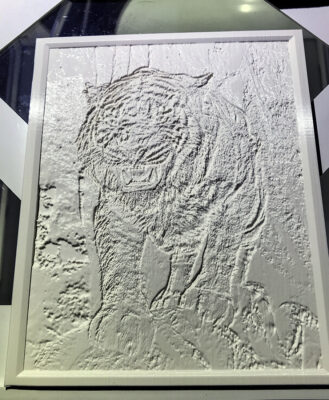 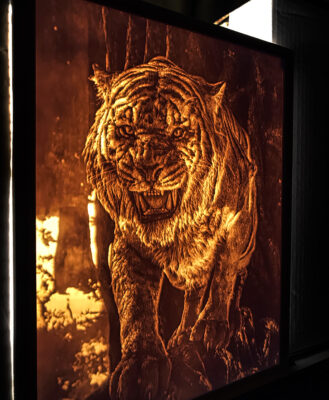 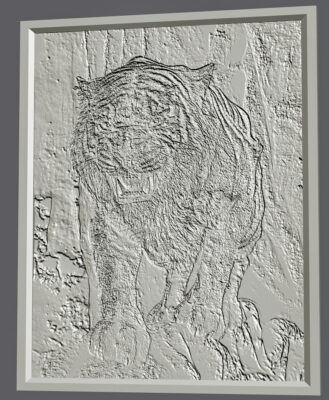 This is a high resolution lithophane of a “Shere Khan” from the “The Jungle Book” (2016).
It’s much higher resolution and quality than you might see elsewhere as I use my own techniques to get the most detail out of each lithophane. 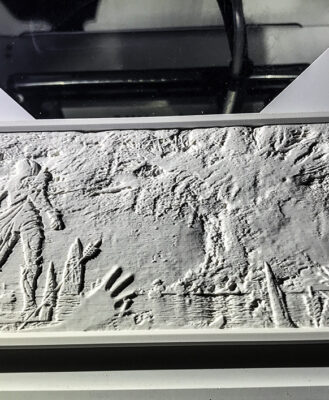 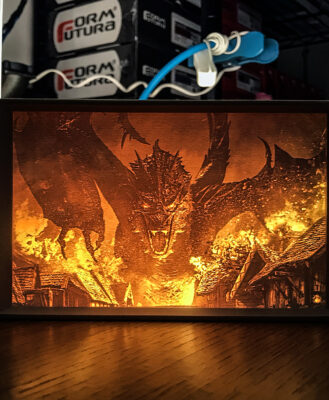