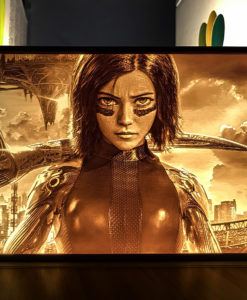 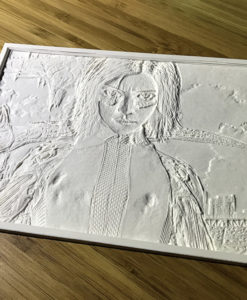 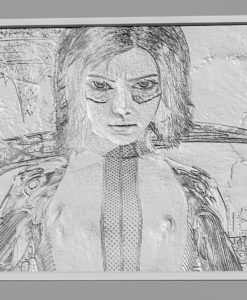 This is a high resolution lithophane of Alita from the “Alita: Battle Angel” movie.